Made for Incremental Game Jam 2021, theme is "running out of".

Recon Mode is really, really subtle. So subtle that I don't really get it... it halves the hit points of the first wave that is already one billionth of what my troops from the first tick dish out. And nothing else. Pretty useless, eh?

itch.io's stupid user info thing in the top right covers the buttons to make them unusable.  It does this on a bunch of pages. Paste this in your url bar and hit enter.

Thanks for the response! I actually realized that myself and just streeeetched the browser window sideways until the itch.io elements didn't deactivate the pane any more. It's hunky dory now.

I really like the concept of this game a lot, but the execution lacks here and there. My 2 cents:

Recon Mode is useless. Mainly because Overkill does not work in recon mode, the bonusses it provides will never be active in a normal run in the waves where it actually matters. Advice: instead of the Recon bonus going down with each kill, let it go up each second, stopping at the highest kill count from recon mode.

The effect of higher levelled troops is almost uselessly meager. In order to even double your damage, you'd need Rank 2 troops counting half of your normal troops, which you will likely not reach for ages. Considering that the average HP multiplier between waves is 10, every EXP point spent on troops is wasted considering their "impact". Advice: greatly buff either their damage multiplier per rank or their production, or both.

Energy upgrades don't carry over excess energy when they level up. That simply doesn't feel right.

The "increase energy cap by +10" prestige upgrade doesn't do anything.

Tactics are only effective for 4 seconds instead of 5, as described.

Thank you very much for making this game. You've got a good concept that needs some tuning here and there. Looking forward to what you're going to do with this game :)

PS: an export/import function would be dope, in case I decide to download the game so I don't have to start over.

It'd be nice if overkill worked in recon for the waves that have been completed. Really slows things down that you have to wait through all the finished waves to keep progressing on unfinished ones, though that might be intentional.

Recon feels pretty useless. Even if you build it out far enough to activate, it deteriorates in the early waves so you don't benefit from it where you actually need it.

I think each enemy has its own recon exp bar. When it fills past the tic mark you get that bonus for that wave.

This game definitely is fun, but there is a definite need for tooltips. I have no idea what the reward for Recon mode is (I see a bar that goes down each round, but no idea how it fills up), or what the percentages under the Troops section means. I also have no way to figure out why Overkill isn't working in Recon mode, or what the Recruit multiplier does.

Understanding the mechanics is a very big part of what makes games like these fun to play, so when seemingly important things aren't explained, it makes it hard to find a reason to grind.

I believe the percentages indicate the number of troops that are "promoted" (i.e. go up a rank) per second.

The basic ideas meld together really well in my opinion. There’s some QOL I think might be useful to implement that aren’t quite covered in the final(?) unlock menu.

My pet peeve at the moment is that you can’t set a criteria for using up metal, say in a successful run I need grenades level 5 to use up all my time, I need to manually swap up to that level and then swap back to maintain a stream of upgrade material. If there was another option prior to the expensive one that fixes this issue, I’d greatly appreciate it.

Aside from that, surprisingly solid game for a game jam. Well done!

Nice game ! One little suggestion : When I prestige, the current battle doesn't reset, so I toggle the recon mode to reset it. I can't possibly beat Wave 90 after a reset ^^

What exactly does the Recruit x2 do? i still haven't figured that out

Ah, whoops. That should probably be "Units x2" or "Squad x2". It was named "Recruitment" at one point and I missed that when I changed it. Anyway, it multiplies Troops produced by your Units.

My only suggestion after playing a bit more: I'm not a fan of "gain X per unspent prestige point" because it's kinda an anti-fun mechanic and I just want to spend all my prestige points (maybe make it based on lifetime earned points?). Otherwise great overall.

Thanks for playing. I agree with you on the unspent points thing, I've changed it now to be based on total points earned instead. Thank you for the feedback! 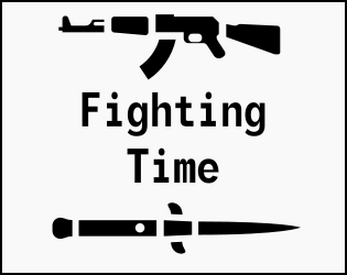